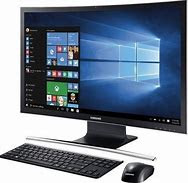 Computers are the machines that have revolutionised the world around us. The way we used to live around 25-30 years ago is very different from how we live today. A modern age student cannot even imagine life , without email, Internet, Print outs, playing music on computers or smartphones, photos just a click away in form of smartphones and so on. In short, in every aspect of life around us. we see computer play a role directly or indirectly.

Computers deliver so much,diligently and efficiently, all thanks to the wonderful combination of their hardware and software.

SOFTWARE. These are the recorded instructions and programs that govern the working of computer. for eg:- Antivirus Software, Utility Software etc. hypersmash.com

Computer Organization refers to logical structure of a computer describing how its components are connected to one another ; how they affect one another's functioning and contribute to overall performance of computer.
Computers , as you must be knowing, follow the "IPO" principle i.e, Input Processing Output principle.

Let us talk about these functional components of a computer, one by one.


The input unit is also responsible for taking input and converting it into computer understandable form (the binary code). Since a computer operates on electricity, it can understand only the language of electricity i.e., either ON or OFF or high voltage or low voltage. That means a computer can understand two stages ON/OFF or High/Low voltage or the binary language that uses just two symbols: 1 for ON and 0 for OFF.

All the inputs considered of data as well as the instructions.

The input unit is comprised of two different input devices that take the input in different forms and pass them in digital form to CPU for processing.

The CPU or Central Processing Unit is the main control centre and processing unit. It is also called"BRAIN OF COMPUTER" as it guides, direct, controls and governs the performance of a computer. The CPU has some sub-components that help in carrying out the processing of task. These are:-

The CU control and guides the interpretation, flow and manipulation of all data and information. The CU sends control signals until the required operations are done properly by ALU and Memory. Another important function of CU is the "PROGRAM EXECUTION"i.e, carrying out all the instructions stored in the program. The CU gets the program instruction from memory in CU, the instruction is decoded and interpreted i.e, which operation is to be performed. Then the asked operation is carried out. After the work of instruction is completed, CU sends signal to memory to send the next instruction in sequence to CU.

The CU even controls the flow of data from input devices to memory and from memory to Output Device.

The output unit is formed by output devices attached to computer. The output coming from the CPU is in the form of electronic binary signals which needs conversion in some forms which can be easily understood by human beings i.e., characters, graphical or audio visual form. This function of conversion is performed by output units. Some of examples of Output Devices are:-
MONITORS, PRINTERS, SPEAKERS etc.